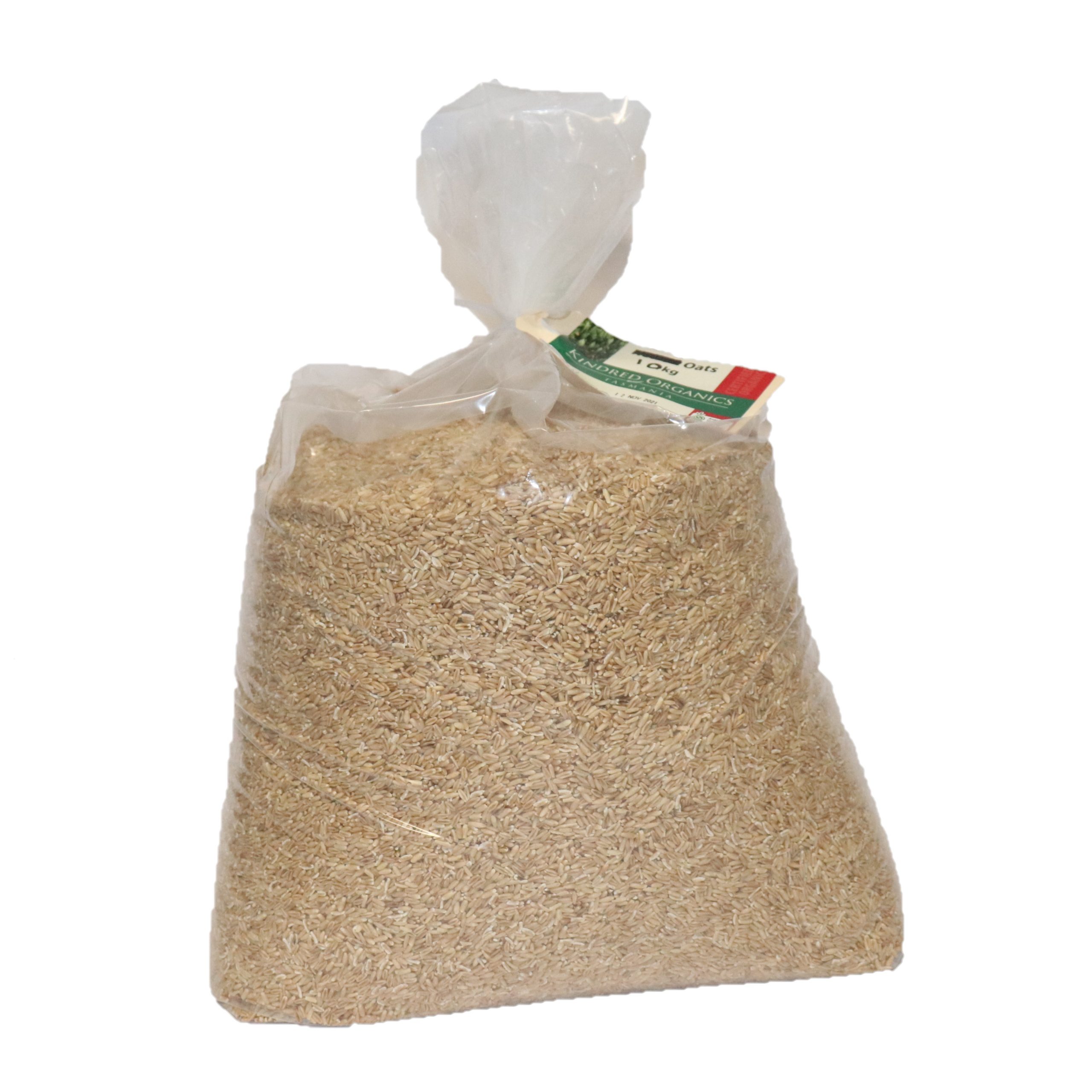 Oat groats are whole (dehusked), minimally processed oats. Because they have not been extensively processed, they retain a high nutritional value, and they can be used in a variety of ways. However, they also take a long time to prepare and cook, requiring hours of soaking and cooking before they are usable. Many markets carry oat groats, often in the cereal section or in the bulk area, if the market sells things in bulk.

When oat groats are produced, the oats are first hulled, removing the inedible outer husk. What remains is a whole grain, containing the fibre-rich bran, nutritious germ, and the bulk of the grain, the endosperm. They can be processed into a range of products including rolled oats and oat flour, or they can be packaged for sale as is. In some cases, they are lightly crushed, making them cook more quickly. Oat groats can be soaked and cooked into a porridge or gruel, and they can also be cooked before being added to breads and other baked goods, where they will create a nutty flavour and add to the nutritional content of the finished product. You can also use oat groats in soups and stews, much as the early humans did. The relatively bland flavour of oats can be enhanced with a number of additions, making both sweet and savoury foods. You may also see oat groats labelled as “cleaned oats,” referencing the fact that they are simply oats which have been treated to remove their outer layers and then left alone.

Store oat groats in a cool, dry place out of sunlight, ideally in an airtight container. You can also freeze them if you like to extend the life of the grain in storage. When you know that you will want to use your oat groats, soak them in several changes of water before cooking to make them cook more quickly.